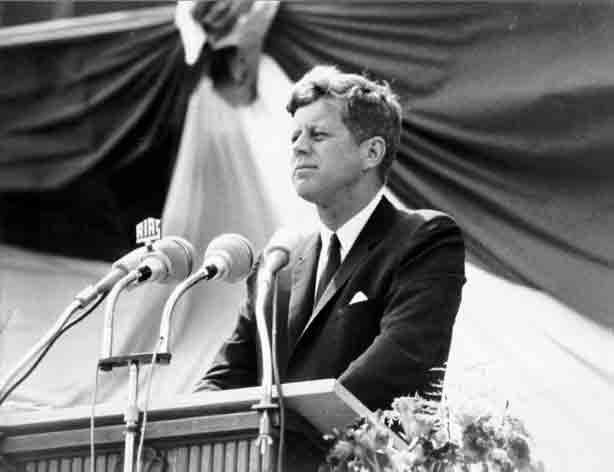 Today is the 53rd anniversary of President John F Kennedy’s assassination. He gave his own “I have a dream” type speech a month before he died.

We need to heed his words and repeat them even louder and stronger now. We need to stand up for all our brethren. We need to peacefully  push back on the hate we see occurring around the United States.

If we don’t stand up now, then JFK’s dream will be lost….

*NOTE, I bolded two sentences above that stand out in this part of his speech that speaks to me about my concerns at this time in our history.

One thought on “JFK’s Dream, A Call to Action”