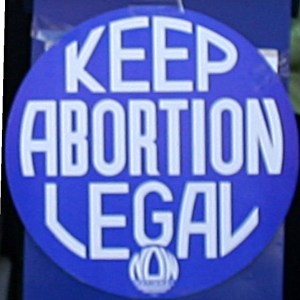 Pennsylvania is poised to pass what is seen as the most restrictive abortion ban law in the country.  The House has already passed HB 1948 and has sent it to the Senate. Today, the Senate Judiciary Committee in the Pennsylvania General Assembly passed strictly along party lines. It has the most extreme restrictions placed on abortion in the country. A vote by the full state Senate is expected as early as this Wednesday, July 13. Please call your PA State Senator and tell her/him to OPPOSE House Bill 1948.

SUMMARY OF HOUSE BILL 1948
House Bill 1948, sponsored by Rep. Kathy Rapp (R-Warren), decreases the gestational limit for abortions from 24 weeks to 20 weeks. It also bans Dilation and Evacuation abortions at any gestational age unless necessary to prevent the death of the pregnant woman or prevent the substantial and irreversible impairment of a major bodily function of the pregnant woman. There is no exception for rape, incest or fetal anomaly

Justice Ginsburg dismissed Texas’s argument about its interest in protecting “the health of women who experience complications from abortions,” by countering that “complications from an abortion are both rare and rarely dangerous.” She recites a laundry list of studies of how safe abortion is, and then she delivers the message: “So long as this Court adheres to Roe v. Wade, 410 U. S. 113 (1973), and Planned Parenthood of Southeastern Pa. v. Casey, 505 U. S. 833 (1992), Targeted Regulation of Abortion Providers laws like H. B. 2 [and PA’s proposed HB 1948] that ‘do little or nothing for health, but rather strew impediments to abortion,’ Planned Parenthood of Wis., 806 F. 3d, at 921, cannot survive judicial inspection.”

You can find your representatives by clicking here. Once you are on the page you may enter your address and your elected officials and their contact information will appear.

Don’t Add Pennsylvania to the States that are Banning Abortions.

Don’t let Pennsylvania become the most restrictive state for abortion access in the country. Call your legislator TODAY!