If you or someone you know has been a victim of sexual assault, here’s something you can do.

Yesterday, the Washington Post released a 2005 video of Donald Trump. In this video and news article, Trump, using lewd language where he essentially brags about sexually assaulting women.

A few hours after the video was released, Trump released a classic non-apology in a statement, saying “I apologize if anyone was offended.” What he said was that he was sorry for others being offended by his language and behavior condoning sexual assault.  Not that he was personally sorry for his offensive behavior.

A few hours after that, he released a short video again “apologizing” saying, “I said it. I was wrong and I apologize.”  I put apologizing in quotes because he then immediately segued into blaming the Clinton’s for abuse of women saying that they both abused women but he only used bad language.

“I’ve said some foolish things. But there’s a difference between the words and actions of other people. Bill Clinton has actually abused women and Hillary [no last name mentioned as he consistently does with men] has bullied, attacked, shamed, and intimidated his victim”

Trump saying he hasn’t abused women???!!! His words in the 2005 video speak otherwise:

“I moved on her like a bitch, but I couldn’t get there. And she was married”

“You know I’m automatically attracted to beautiful — I just start kissing them. It’s like a magnet. Just kiss. I don’t even wait.”

Grab them by the p—y. You can do anything.”

All of these statements meet the definition of sexual assault as defined by the FBI:

Sexual assault is any type of sexual contact or behavior that occurs without the explicit consent of the recipient. Falling under the definition of sexual assault are sexual activities as forced sexual intercourse, forcible sodomy, child molestation, incest, fondling, and attempted rape.

In 2013, I wrote a blog about the climate of indifference related to sexual assault on college campuses.  This is no different. Trump’s indifference towards women and his misogynistic and possibly criminal behavior is unacceptable and disgusting.  As Bridgette Stumpf, co-executive director of Network for Victim Recovery of D.C. told the Washington Post:

So what can you do?  If you are a survivor of a sexual assault or abuse OR personally know someone who has been assaulted or abused, please take a moment to sign the UltraViolet.org letter to Republican leaders, candidates, and elected officials.

Only your first name will be used to protect your privacy.  This letter calls upon…

“ALL Republican leaders, candidates, and elected officials to take a stand against sexual assault and abuse–and take a stand against your own nominee for President. You must not only denounce Trump’s words, but clearly and unequivocally denounce his candidacy and do all in your power to make sure that this sexual predator never sets foot in the White House. And we urge you to support strong policies that will end the epidemic of sexual assault in this country and support survivors of abuse.”

This has to stop.  No “Assaulter in Chief!” Please sign this letter now!

Something just happened to my draft blog. I just lost everything from 10 am until 6:30 pm. I’ll post the pictures I took later, but all of the text is gone!

This morning,  my credentials were once again unavailable.  Mitch Kates, PA’s Political Director of the Pa Democratic Party, once again scrambled and found a delegate pass for me by 12:30 today;  I picked it up and headed to the Wells Fargo Center at 2 pm.

On the Convention Floor

So first, I just got a selfie with Madeline Albright!

These are not all of the speakers,  just highlights of the ones that started speaking after 6:30 pm. To make sure I don’t lose this again, I’m  publishing this as I add new content. So please keep coming back.  Thanks.

The Women of the US Senate

He is the Governor of New York. He eloquently talked about coming together as one. “E Pluribus Unum.” United, we are one.

We must be smart and strong.

Due to a low battery, I’m temporarily signing off until Chelsea and Hillary come on and will attempt to recharge.  Back in a bit.

Chelsea Clinton, All Grown Up!

Our daughter Charlotte is two years old, and she just loves face-time with Grandma. Our son Aden is 5.5 weeks old.

Whenever Mom was away for a while [when I was a kid],  she left dated messages for me. I treasured then.  At dinner, they’d listen to me first. They cared about my thoughts.  That feeling of being valued is the calling of my mother’s life for everyone.

Another thing she taught me is that public service is about service.

I saw her fight for universal health care. We all know she failed. But she still felt she could make a difference and got back to work.  Because she never forgets for whom she’s working.

She has a heart full of love.  She’s spent her entire life for us.

So everyone watching, she’ll  make us all proud as the next president of the US.

And here she is!

Thank you, Chelsea, for becoming the woman you’ve become.

On Tuesday night I was glad to see my Explainer-in-Chief was still explaining.  We have heard both from the man from Hope – Bill and from the man of Hope – Barack Obama.

I want to thank Bernie Sanders.  Bernie inspired millions of Americans, particularly millennials. Thank you for your focus on economic justice. We wrote the progressive platform together; let’s make it work together.

Our founders embraced the truth that we are stronger together.

Just as with the founders,  it is up to us.  We need to work together to grow together.

Donald [Trump] has taken the Republican party from Morning in America to Midnight in America. FDR said it best.  “We have nothing to fear but fear itself. ”

Don’t believe anyone who says “I alone can fix ít.” Those words are dangerous.  Hasn’t he [Donald Trump] forgotten our troops, our first responders, our teachers, our police, our entrepreneurs…?

Twenty years ago I  wrote “It Takes a Village.” Working together is what I  mean by a village.

My father worked in  Scranton for 40 years. My mother told me to do whatever you can do for however long you can. She taught me that you have to change both hearts and laws.  Like, every child with a disability has a right to go to school. We changed our laws to make this happen.

I focus on policy to make these things happen.

Over the last four days, you’ve met some of the people who inspired me. The child who wore a brace. The first responders who got sick after 9/11. I will continue carrying your stories to the White House.

I will be the President for all – Democrats, Republicans, Independents.

A barrier has fallen today with the first woman elected as the presidential nominee.

If you share these beliefs, this is your campaign. Join us.

If the minimum wage should be a living wage, Join us.

If you believe in affordable healthcare, Join us.

If you want to expand Social Security,  have equal pay, and protect a women’s right to reproductive healthcare, JOIN US.

Whether it’s a trade job or a college education, we should make this happen.

If doing paid family leave or getting quality child care is dealing the “women’s card,” then deal me in!

Keeping our country safe is important.  So I  support the control of Iran’s nuclear weapons program without a single shot. I support Israel’s right to exist.

Our president should respect the service of all of our members of the armed forces, including Tim Kaine’s and Mike Pence’s sons – both Marines. That’s not true of Trump.

I’m not here to take away your guns.  I just want to keep guns out of the hands of those who shouldn’t have them.  We need common-sense gun laws.

We also need common-sense treatment of people of all races. Let’s give our support to our police to make them safe as well.

None of us can do it alone. Progress is possible.  I’ve seen it when people who have fallen who get back up. I’ve even done it myself.

We need to stand up to bullies. We’re drawn together when we work together.

And finally to end the convention, we had the traditional balloon drop. Balloons large and small.

Hope you enjoyed this week as much as I did!

Yours Truly watching the balloons drop from the ceiling of the Wells Fargo Center.

Doesn’t matter what age you are. Leggings are STILL pants.

Pants are made of fabric, and cover the lower abdominal area, crotch, and both legs. Pants come in a variety of styles. 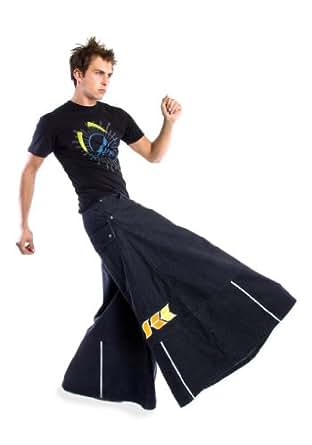 With pants, as with life, fit is everything. If only women and girls would hide their bodies, the thinking goes, men and boys could succeed. Women can have butts, and curves, and fat, and should be free to wear whatever is comfortable regardless of the shapes of our bodies.

Praise be comfort, acceptance of women’s bodies, and women’s full and equal participation in society.